“You Can't Take It With You” Takes Center Stage 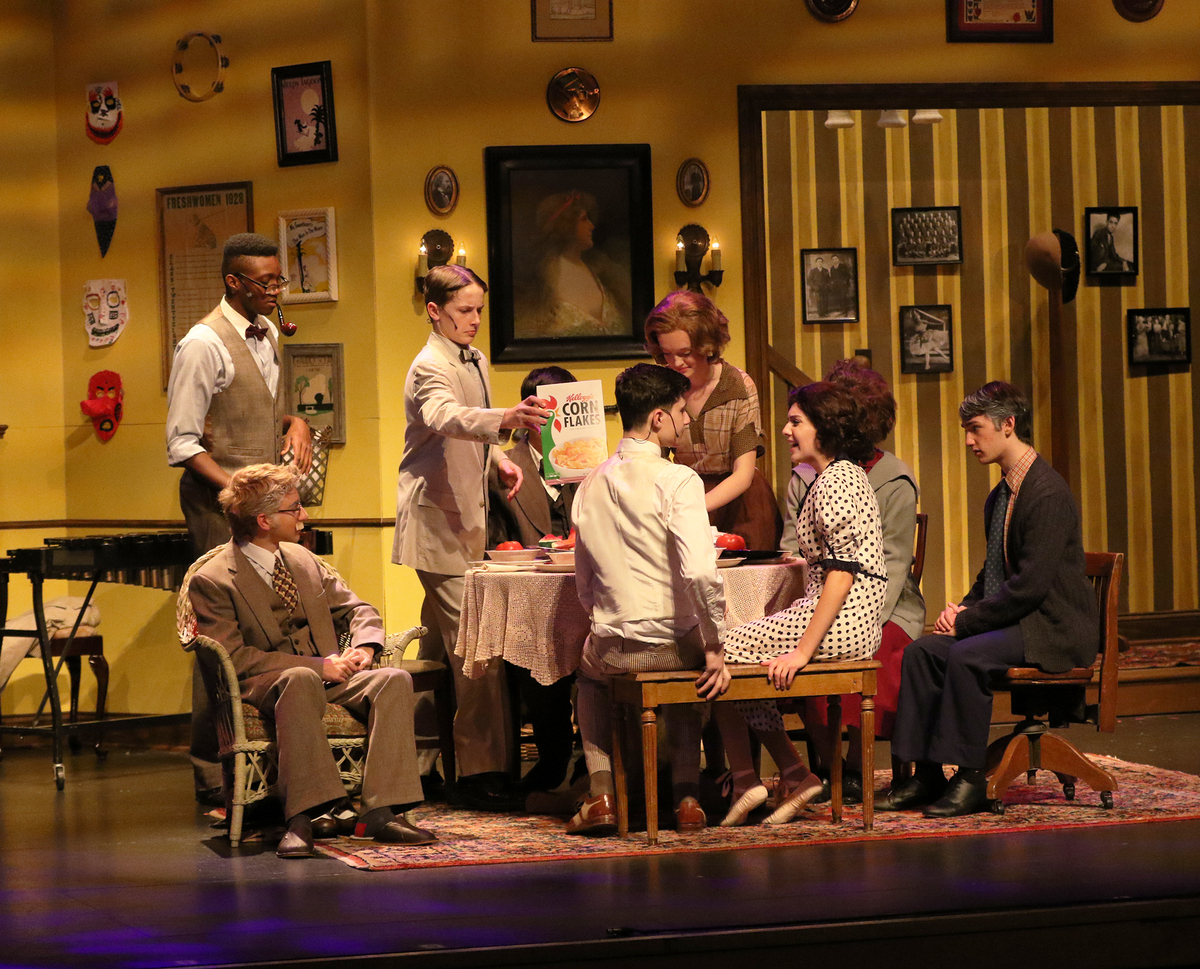 The MBS Performing Arts Department is pleased to announce that this year's Upper School fall play, Kaufman and Hart's Pulitzer Prize-winning comedy, You Can't Take It With You, will be staged on November 7th at 3:30 p.m. and November 8th, 9th and 10th at 7:30 p.m. in the Theater at Founders Hall.

Originally produced in 1936, You Can't Take it With Youis Kaufman and Hart's Pulitzer Prize winning comedy about three generations of the cheerfully quirky Sycamore family. They blissfully tend snakes, play the xylophone, dance, paint portraits, and write plays - seemingly untouched by the world outside their New York City brownstone.  When Alice, the only family member who works outside the home, falls in love and brings her fiancé's strait-laced parents into this whirlwind of activity, things don't go exactly as planned.  An inevitable clash of lifestyles, class, and political philosophies ensues, complicated by interruptions from a drunken actress, an exiled Russian princess, federal agents and a tax collector.  Not to mention the exploding fireworks!

Tickets are available at the door, and are free for MBS students, faculty, and staff. General admission is $5.