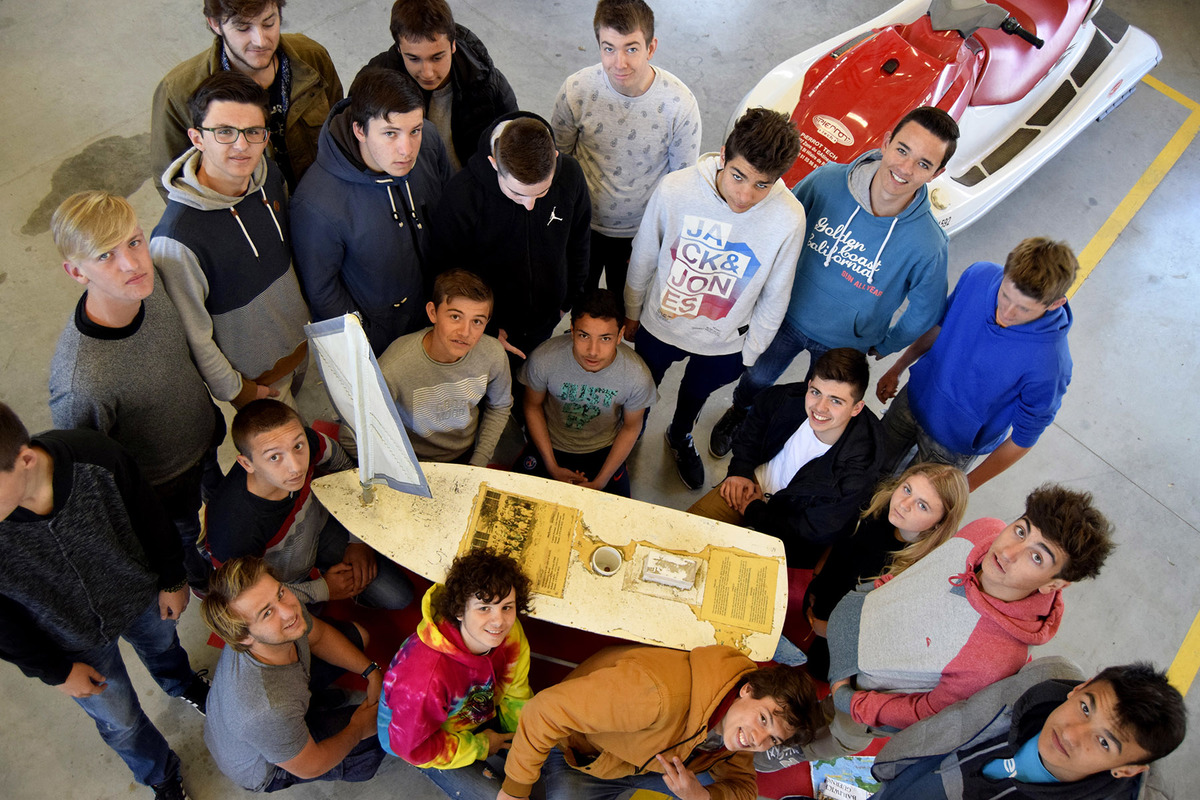 The Crimson Tide has had quite a journey! 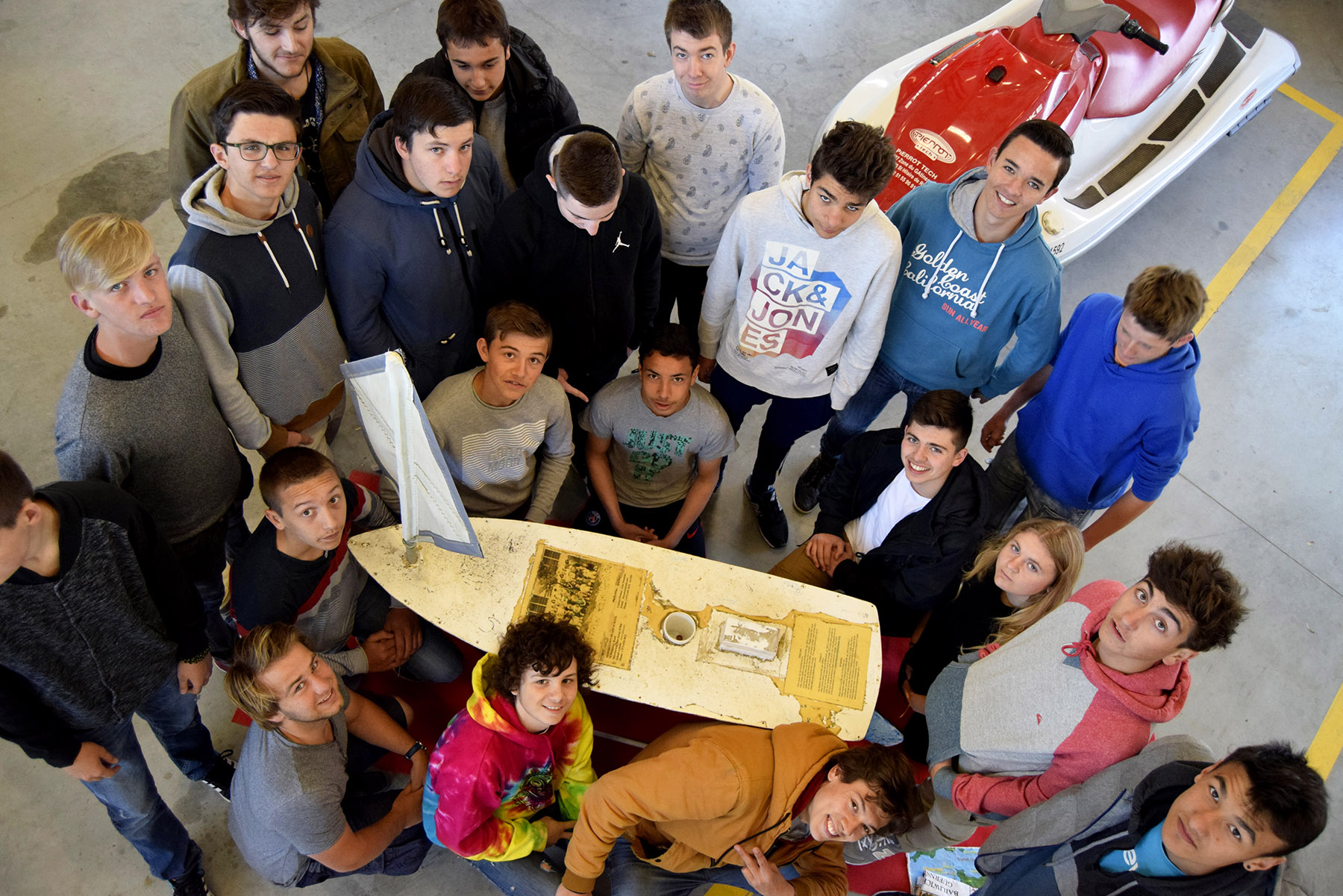 The 6th grade sailboat, which was originally launched in December of 2012 as part of the Educational Passages program, is now at a marine vocational school in Les Sables d'Olonne, a seaside resort town in western France.

"It was brought to us on Friday, April 14th, 2017 by a man who found it stranded on a beach not far from our town," writes Antoine Noel, who works at the school. "He decided to take it to us because our vocational training school prepares diplomas in the field of boat maintenance. This gave us the opportunity to find out about your project and to work with our pupils (aged 15-18) on geography and English language."

First launched in December of 2012, the five-foot unmanned sailboat spent nearly 450 days at sea before washing ashore in Guernsey, an island in the English Channel off the French coast of Normandy, in February of 2014. Paris Broe-Bougourd was fishing in the English Channel when he came across the small vessel, which was covered in gooseneck barnacles. He repaired the boat and re-launched it from a cargo ship in the Bay of Biscay. From there, the ship landed again... this time in Les Sables-d'Olonne.

The MBS 6th Grade Class has launched a sailboat as part of the Educational Passages program for the past five years, and the project has been an exciting way for students to learn about a range of subjects including oceanography, weather, geography, and navigation. A significant aspect of the project also involves MBS students connecting with their peers across the globe when the boat reaches a foreign shore. MBS students have been able to Skype with their peers from St. Martin's School in Guernsey as well as from the Section Européenne at the College ('college' means 'middle school') Amiral in La Chateau d'Olonne. This also led to an ongoing penpal exchange with students from France.

As for the future of The Crimson Tide, Mr. Noel has suggested several options. "If your priority is to put the boat back at sea, we suggest taking advantage of a sailing race in Les Sables d'Olonne due to start on November 5th, 2017 to ask a skipper to take Crimson Tide and let it go somewhere around the archipelago of the Azores," he said.

"Another possibility is linked to our countries' history," he continued. "2017 is a great year of celebration in France and particularly in our area since it is the 100th anniversary of the landing of American troops during World War I. Many celebrations will take place to commemorate the landings and to renew the centuries-long Franco-American friendship. A 'Centennial Transat' will take place in which the fastest sailing boats in the world defy the prestigious Queen Mary 2 on the way back from the 1917 American landings. We suggest we put Crimson Tide on the Queen Mary 2 so that it goes back home safely during the celebrations, and you can use it for another crossing."

Stay tuned... the adventure is sure to continue!