I hope that you all had a wonderful spring break and that you are ready to fully engage in these last 7 weeks of school if you are a senior and 11 weeks if you are an underclassman. I know each of you wants to finish strong and will give your all to these final months.

A number of you have stories of your spring break escapades. I know that Mr. Lovelock was able to work on his deck during break although the weather and digging eight deep holes for the foundation slowed him down a bit. Mrs. Sankar stayed at home because her children were still in school, and Mrs. Eyrich had jury duty! Dr. Speidel cleaned out her closets, spent time with her mother and attended six shows on Broadway. As you can see, you do not have to leave your hometown to have a productive spring break story.

Every spring, for as long as I can remember, I spent spring break sugaring, a family ritual that was not of my choosing. I did not love every minute of this grueling labor, but I look back on the challenges of sugaring with great appreciation-- as many of us do with experiences that are hard and not fun. Both Ms. Jameson and Ms. Warner sugared with their families. I encourage you to ask them about their experiences.

Sugaring is making maple syrup from the sap that runs through the trees when the snow starts to thaw. You tap out in the spring because this is when the sap is running up the tree to nourish the buds and help them become leaves.

As the sap flows, mud season often hits, making sugaring all the more challenging because when the dirt roads start to thaw, they become bogs of mud that can literally swallow a small car. To give you a sense of what mud season means, in 2003 it was so bad that my brother's children had to walk to and from school 4 miles away because the roads were unpassable. Not even John Crispo's truck would have made it through the mud in Peru, Vermont that year. Walking to and from school was not necessarily a bad thing for these kids, one of them later went on to ski at Dartmouth before becoming an Olympian. In any case, sugaring entails tramping through the snowy woods and navigating roads that become like quicksand in the mud season.

The best mud story that I can remember is when my dad managed to convince our neighbors and me to drive their truck with the gathering tank in the back, and we got stuck because none of us knew that with their truck you had to lock the hubs to engage 4 wheel drive! The truck sunk so far into the mud that we couldn't open our doors, and we had to climb out of the windows! As we crawled out the driver's seat window, the keys fell and sank into the mud! We eventually found them and everything worked out.

Knowing these joys and trials, my dad thought that sugaring would be a good family activity, so when I was growing up we went home to sugar every spring break. The timing was perfect in my dad's mind because he could enlist his four children in the grueling work during their school vacation. Even though he was plenty busy with a full-time job as math teacher, author, and ski coach, he ended up sugaring every spring for 40 years. He finally decided to stop his sugaring operation when he turned 80, but I was there when the sugaring operation first began, and I continued until I was in my late 20s. He didn't do it for the money, even though we produced 350 gallons a year. He loved giving his syrup away to his friends and family. Today a gallon of milk costs about $3.50; a gallon of syrup goes for about $65. Why is that – why is maple syrup so expensive? Because of the amount of labor that goes into sugaring. It takes 40 gallons of sap to make 1 gallon of syrup. This is why in Vermont we call maple syrup "liquid gold."

Just "tapping out" took 2-3 days because we had to tramp up steep slopes through knee-deep snow while lugging a drill, a hammer, buckets, lids, and spickets. "Tapping out" is a four- step process for each sugar maple. Do you guys know what a sugar maple looks like? I bet Mr. Deisher's students can identify a sugar maple leaf from a oak leaf or a beech. 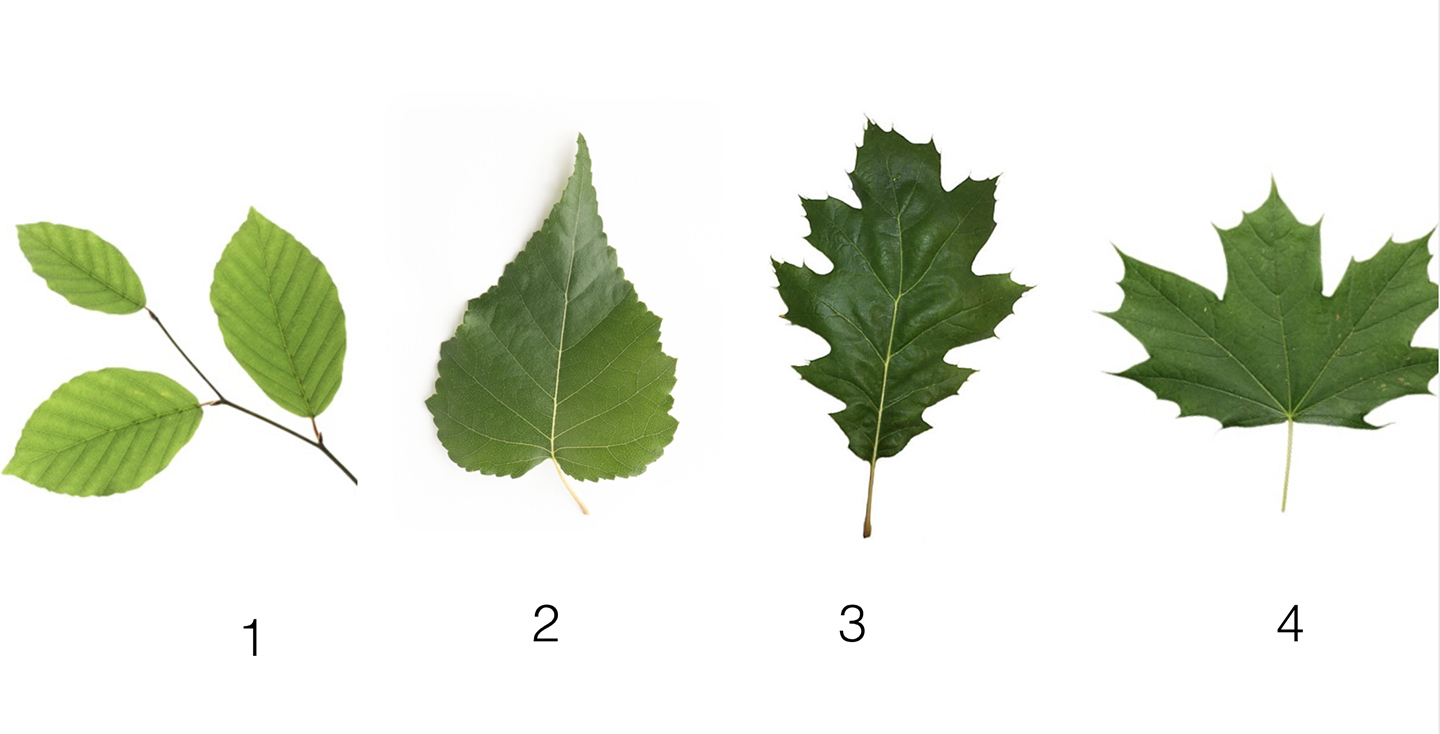 But guess what? During the sugaring season, the leaves are not out yet, so you have to rely on knowing the differences of the trees by shape and bark. 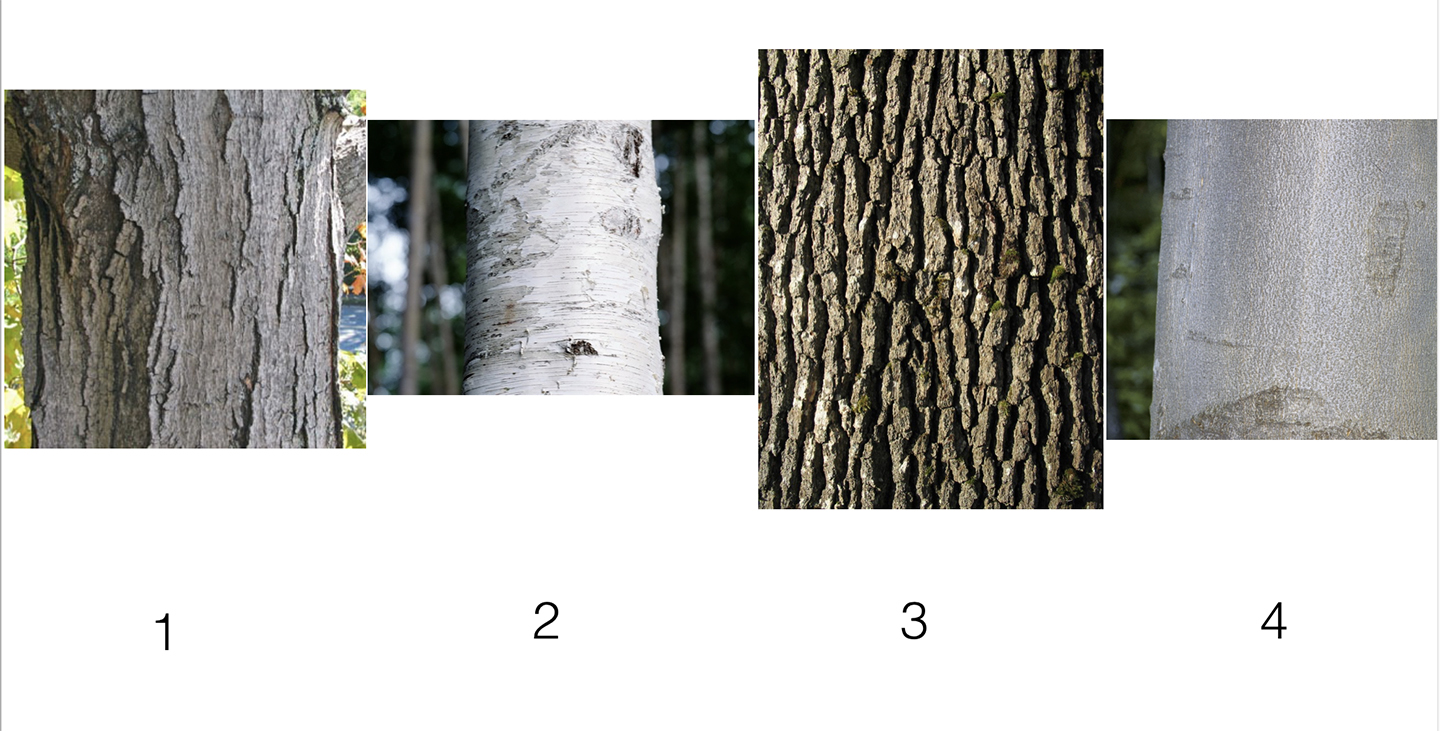 I remember my dad drilling various non-maple trees to see if we'd blindly follow and set a spicket and hang a bucket. Luckily, my middle brother who is somewhat of an introvert and, perhaps, because of that is unusually attentive and analytical, would catch the trick before we embarrassed ourselves.

"Tapping out" means drilling a hole in a sugar maple, putting in a spicket, tapping it in to ensure that it is tight, hanging a bucket on the spicket and then putting a lid to prevent rain water or rodents from getting into the sap and ruining it. The lid is important. When I was in fifth grade I found an unfortunate squirrel that had drown in the sap bucket I was emptying. As you can imagine, this did not help my love for the sugaring season, but this discovery certainly made me more careful to put the lids on the sugaring buckets. Anyway, tapping out a single tree takes about two minutes minutes, depending upon how far you have to walk and how much snow there is. We usually tapped out 650 trees.

Of course, how many buckets you hang on a tree depends on the size of the tree. Over tapping –which means putting in too many taps – can hurt the tree, so we were always careful not to over tap. A good sugarer would never want to damage the trees he or she sugars from. Our family tapped out 1,400 buckets in 4 different sugar lots.

We had our sugaring system down to a science, and one test of our house guests, who thought they might visit Vermont during sugaring season, was how well they could fit into our work system without disrupting the flow of the operation. Certain tasks took more time than others, so how we worked together became somewhat of an art form and a test of character for our house guests. Mr. Greg Williams' dad was a frequent guest at our home during sugaring season (we always invited him back!) One year we had a house guest who arrived with two suitcases, saying he was going to help us through to the end of March. He didn't last a week.

To collect the sap, we would borrow a tractor that pulled a large gathering tank. Because a tractor is considered a farm vehicle, at least in Vermont, my brothers and I were able to drive the tractor on the town roads at the tender age of 13. Once when I was in seventh grade and I was driving, I got the tractor so stuck that we had to unhitch the trailor, empty as much sap out of the gathering tank as we could to make it lighter, and pull the tractor out of the mud with a hitch wrapped around a large maple tree. That glitch wasted about half the day, and that's not good when the sap is flowing!

Gathering the buckets on the sugar lots that were not along the side of the road but rather on a hillside near our home was not any easier than navigating the muddy roads.

There were many occasions when we would be walking on top of the snow crust with two full 5 gallon gathering pails --so basically you are carrying 40 pounds in each hand and on snow crust-- when the snow would give way. Of course the foot and body would plunge down to the ground level while the buckets full of sap would get caught on the snow. Inevitably, the buckets of sap would tip onto the unsuspecting gatherer and drench him or her from head to foot!

So gathering sap was arduous work. With 1400 buckets split between four sugar lots, we tried to time is so that we would not have to gather all of the buckets on the same day. This was not totally in our control because we did not control the weather. When the sap was running, we were gathering – we worked with the weather.

The final step in this process was the boiling of the sap to convert it into maple syrup. As you may know, maple syrup has only one ingredient and that is maple sap. The syrup is produced by boiling the sap down to the correct density, based on a delicate measuring thermometer.

So, this is what I did every spring break. I resented it, at times, especially when my friends from college were heading down to Florida, or some other warm destination, but this is what we did and, because of the nature of the work, it required all four of us kids to pitch in. Of course, as we grew and moved away, my dad would somehow convince friends that they were lucky to be able to help him with the sugaring, but my memories of spring break will always revolve around the sugaring season.

As I drove to New England this past spring break, I have to admit that I remember this ordeal with pride and even fondness. It was not glamorous or "fun," but it was very gratifying. When do we have the opportunity to work at something where the results are so tangible? While the weather can be frustrating, or downright miserable, being dictated by weather, rather than convenience, is not such a bad experience. The teamwork involved in tapping out and gathering the sap, the shared misery and long days of gathering, the physically exhausting and labor intensive work, will all stay with me even as I age. Aside from being tired, wet, and cold, clinging to the tank in the back of the truck while we drove around the countryside (at 40° and raining) there was the incredibly beautiful pinging sound of sap running in a just tapped lot and the deep satisfaction of finishing gathering everything when it was a good run.

So as you return from spring break, I hope that you have similar stories to share – all different in experience, but equally valuable in what lessons you might have learned while you were away from MBS for the last two weeks.