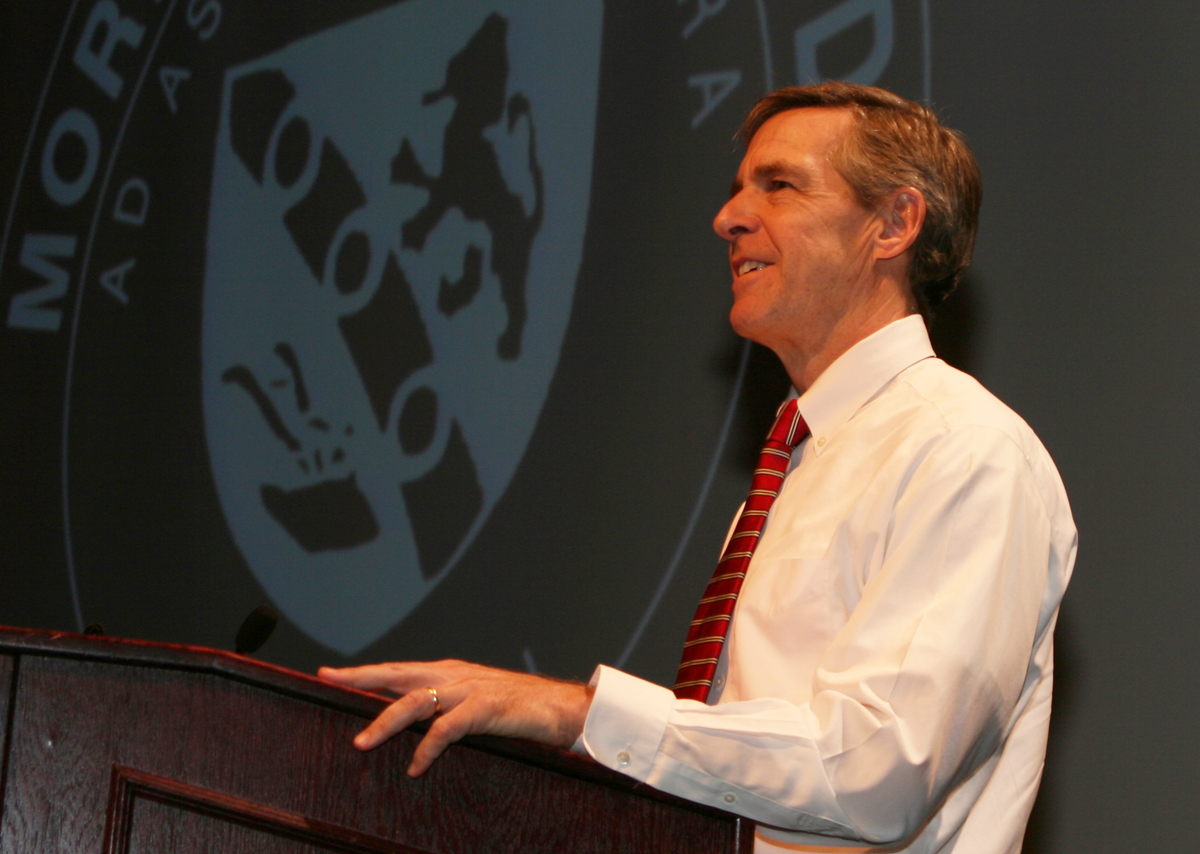 Today I am simply going to tell you a story. I am going to leave it up to you to determine why I am telling this tale. It is up to you to figure out what bit of wisdom you might take from this.

While we were in Vermont over spring break, my father asked if I’d be willing to help him catch a skunk that had found its way into their cellar and was making regular visits to eat their stored vegetables.

The next morning at 7:30 AM the phone rang. It was my father: "I got him. He’s in the have-a-heart trap. When are you coming down?"

Typical. My father is somewhat deaf, but when it comes to a negative answer to his request for work, he is extremely deaf.

Throughout my life and even now that I am in my fifties, my father puts me to work the second I walk in the door. Of course, now that both of us are older, I have a stronger desire to work for him, but it hasn’t always been that way.

Ever since we could walk, he had the four of us kids laboring in his garden in the summer, chopping firewood in the fall, and gathering sap in the early spring. These were not easy tasks. Sugaring, for example, entails tramping through hip-high snowdrifts with heavy buckets. You need 40 gallons of sap to make just one gallon of syrup. Even in college when all my buddies went off to the sunny beaches of Florida, I would go home to sugar.

Although he was a math teacher for forty years, my father fancies himself a bit of a Henry David Thoreau, living off the land as best he could. For over fifty years my parents have heated their home only with wood stoves, and they never succumb to store- bought fruits, vegetables, or bread. They supply themselves throughout the year with the fruits and vegetables they grow over the summer. And my dad makes his own bread.

For the last several decades my father added making and bottling wine and beer to his repertoire. He is extremely proud of his food production and self-sustaining lifestyle, and any visitor to his home must indulge in his latest homemade concoctions which may include his latest flavor of homebrew, pickled cucumbers, raspberry liquor, tomato sauce, homemade horseradish or whatever other “delectable” treat he has made.

When we got to his house, my father was in his rocking chair, boots laced, coat zipped, wool ski cap pulled down low. He was ready for a day of skunk catching—even though he had never done this before and had utterly no idea what he was doing.

As we walked in, he leaped out of his rocking chair and barked directions: “You get the prop bars, I’ll get the sheet. Speak in low voices, and don’t make any sudden movements.”

Overnight my father had become a skunk-catching authority because he had spoken with Jake Amidon, who lives on the other side of the mountain. Jake has a good bit of experience catching skunks, and it was he who explained to my father that skunks don’t spray when they are in a tight space, so the first crucial step is getting a sheet over the cage so the skunk thinks he is in a tight spot and won’t spray.

My wife and I looked at each other and shook our heads. As we skirted the house, we stopped talking, wondering who would get sprayed first. The wire cage sat precariously in the snow, perched at the edge of the embankment that led to the cellar. The skunk was nestled in the corner of the cage that was furthest from the house. As we approached the cage, I said to my father: “You put the sheet on. I ‘m not getting sprayed.”

My wife flashed me a look showing her disdain for my making my eighty three-year-old father be the one to put the sheet on the cage, but I noticed she herself did not volunteer.

My father grinned at the challenge, took the sheet, and quietly crept towards the cage while my wife and I crouched behind the stone wall.

With the sheet on the cage, my father turned to me: “Sheet’s on. You’re moving the cage. Don’t let it shake around too much. No sudden movements. You don’t want to rattle him.”

Without a hitch, I lugged the sheet-covered skunk-filled cage up the embankment and into the back of the truck.

Where do you put him?

Since we live in a remote area, we were sure we would have no problem finding a place to let him go. But for over an hour we drove on back, hilly dead-end roads, and every time we thought we’d found a spot, we’d see a mailbox or a driveway, and we knew it would not be very neighborly to simply give someone else our skunk problem.

We could not seem to find a mile of road that had no sign of a home. We were an English teacher, a math teacher, and a head of school, who had successfully caught a skunk, but the release part presented a very different challenge. All our academic training was not helping us.

So finally we decided we would take him to the top of Putney Mountain, which was owned by the state and had a lot of hiking and biking trails. As we were driving, we joked about seeing our neighbor, Jessie Heller, at the top of the mountain. She is an avid runner on those trails and lives a mile and a half from the top of the ridge. She might look askance at our dropping the skunk on her side of the mountain.

And as we crested the ridge, there she was, Jessie Heller.

My wife leaped out of the truck to distract her so she would not see the skunk cage in the truck bed as we drove by. With my wife as a screen, we successfully made it past.

So there we were at the top of the mountain, ready to release our skunk. We had finally found a spot void of human dwellings, but now what? How do you remove the sheet without getting sprayed, and how do you prop open the door? Most importantly, how do you get the skunk to exit the cage?

My father was still with us, but even with his wisdom on skunk catching, we were a bit in the dark about skunk releasing.

And in which order do you do go about it? Sheet first or door first?

I won’t take you through the final details, but suffice it to say that we successfully deposited the healthy happy skunk without anyone getting sprayed

So what can we learn from this story? You figure it out.