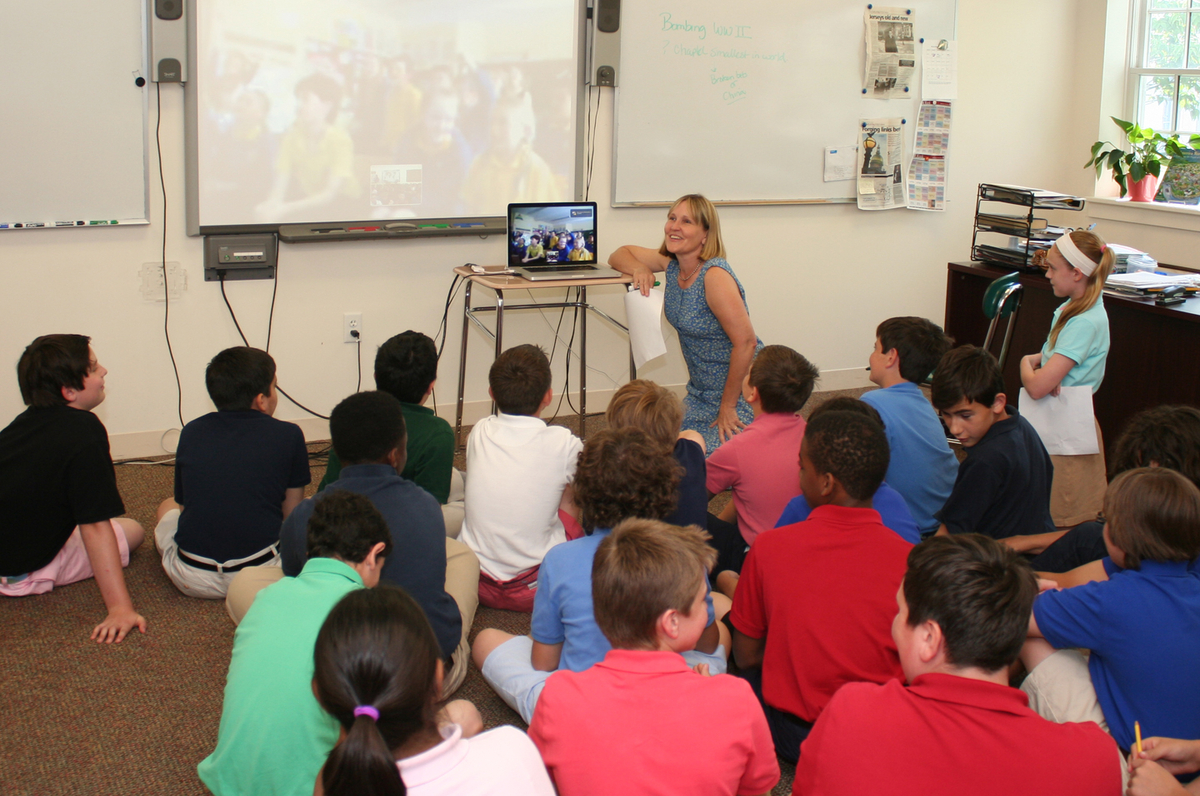 A few months ago, the Crimson Tide—Morristown-Beard School’s 6th Grade sailboat that had been set adrift in the Atlantic Ocean—was recovered by a fisherman in Guernsey, an island in the English Channel. 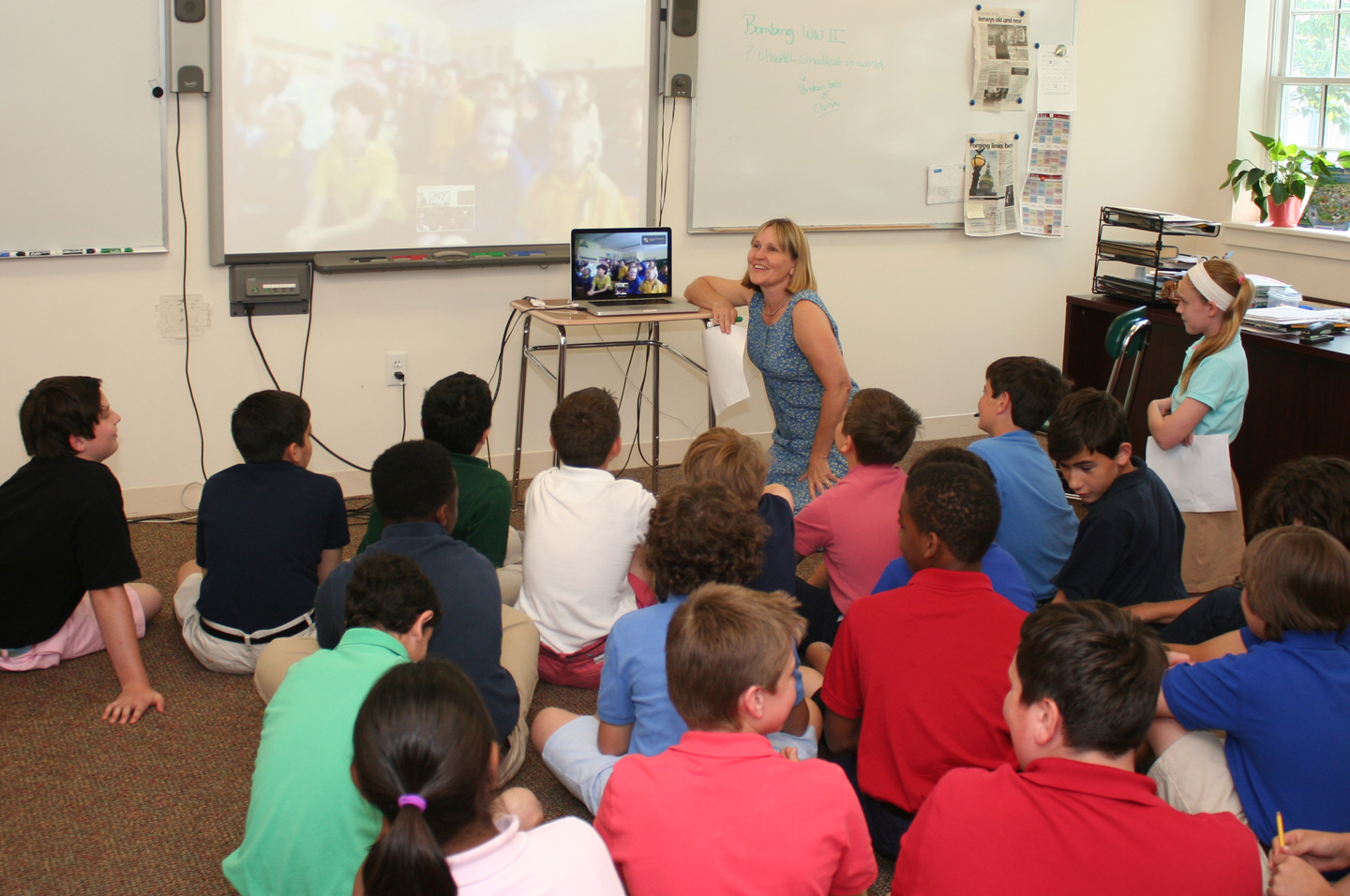 While MBS students had been using the GPS-equipped boat to help them study the winds and tides, a significant aspect of the project hinged on the hope that the students could connect with their peers across the globe when the boat reached a foreign shore.

On June 3rd, that hope became a reality as MBS 6th Graders gathered in Lisa Swanson’s classroom to speak to students from St. Martin’s School in Guernsey via Skype.  A loud cheer erupted as the session began, and the students saw their counterparts more than 3,000 miles away.

Ellen Greer, a teacher at St. Martin’s School, contacted MBS after reading about the boat’s journey in The Guernsey Press.  St. Martin’s School also happens to be the alma mater of Paris Broe-Bougourd, the fisherman who recovered the boat in the English Channel.

The MBS students have been studying the island of Guernsey since Broe-Bougourd found the boat there in February, and they shared some of the tidbits of information they researched on topics ranging from cuisine and climate to architecture and government.  Some of their information even surprised the Guernsey students—including the fact that Victor Hugo, the author of Les Miserables, had a house on the island.

The students compared notes on the most popular sports where they live (football, swimming, cricket, rugby, and rounders for Guernsey), as well as their favorite books (The Twilight saga, Diary of a Wimpy Kid, and  Harry Potter were mutual hits).  For better or worse, Minecraft also seems to be a universal favorite!

The Guernsey students also shared their views on the pros and cons of living on the island.  Their favorite things included the beaches and the shopping, while they didn’t care for the traffic, the weather, and the overcrowding.

The students also discovered that the way they get to school each day is extremely different; Guernsey students typically walk or ride their bike, while MBS students come by bus or car.

“It was a really exciting experience for our students to connect with the kids from St. Martin’s School,” said Lisa Swanson, who is arranging two more Skype sessions later this week, and plans to continue the conversation next year as well.  “Our students are discovering how living on an island in the English Channel affects the way people live there.”

As for the Crimson Tide, the boat’s journey isn’t over yet.  Plans are in the works to repair and re-launch the sailboat in the near future.

In addition, this year’s MBS 6th Grade class launched its own sailboat—Crimson Cruiser—in December, and next year’s class will also receive its own boat in the fall.