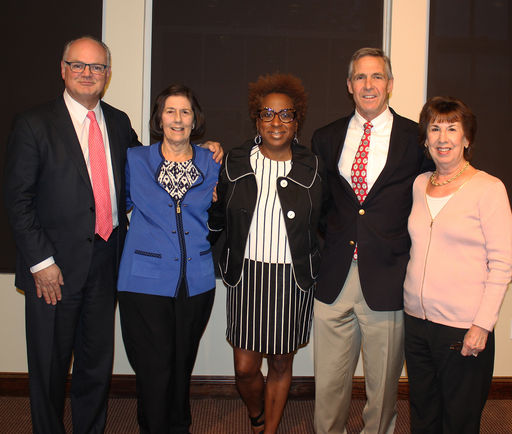 On May 9th, Gilda Rogers and Roger Mumford visited MBS to tell the amazing story of how a group of determined 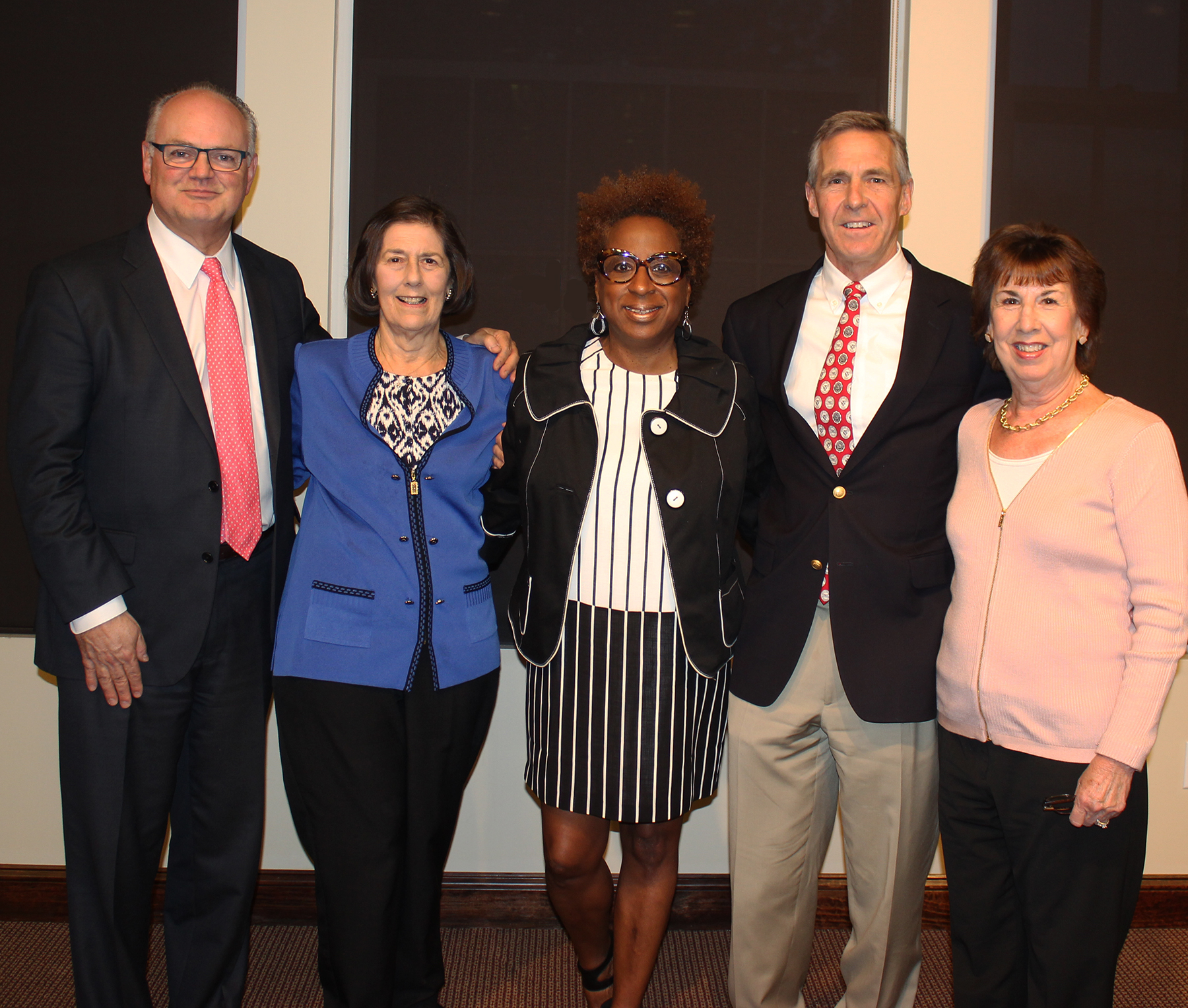 Their presentation, "From Failure to Fortune: The Battle to Save and Develop a National Historic Landmark," was part of Morristown-Beard School's Lehman Lecture series.

"This project speaks to what humanity is all about," said Ms. Rogers, a journalist, teacher, historian and playwright who lives in Red Bank. "Whenever I drove by that house, there was something about it that drew me in, and I would stop by the house and admire it — even when it was in disrepair."

As she learned more about the home, she became passionate about saving it. The stately 1870s house, which was dubbed "Maple Hall," was the home to T. Thomas Fortune, an activist newspaper editor and crusader for social justice, from 1901-1915.

Ms. Rogers was instrumental in forming a group of concerned citizens who fought to preserve the home. She said the group's first goal was to educate the community about the historical significance of T. Thomas Fortune and the home.

"We spoke at libraries, churches, schools...wherever we could go and sing Mr. Fortune's praises. We had big mouths, but not deep pockets," she recalled.

Through the Green Acres program, the group was able to make an offer to the owner of the home, but it was refused. All seemed lost until Ms. Rogers received an email from homebuilder Roger Mumford, whom she had never met.

"I didn't know Roger from a can of paint, but the first time we met he pulled a book from his bookshelf, The Warmth of Other Suns, about the great migration of African Americans leaving the South, and I knew that we immediately had a connection," she recalled. "He told me, 'I think I may have a solution to your problem.'"

Mumford's solution, which was approved by the Red Bank zoning board, was to restore and donate the home as a cultural center and also create 31 apartments on its one-acre property. "To me, it was a logical solution to a multi-faceted problem and it aligned with deeply-held beliefs that I had," said Mumford. "We are fortunate that Red Bank had the wisdom to understand that being creative with zoning can be appropriate if you're responsible about it."

The painstaking renovation of the T. Thomas Fortune House is currently underway, and Mumford said he expects the cultural center to open in the spring of 2018.

The Lehman Lecture was established in 1989 by Emily Lehman Smith '56 and Gail Lehman Harty '59 to honor their father and grandfather, architects and builders. It brings leading figures in art and design to campus each year.

Back to the News Archive