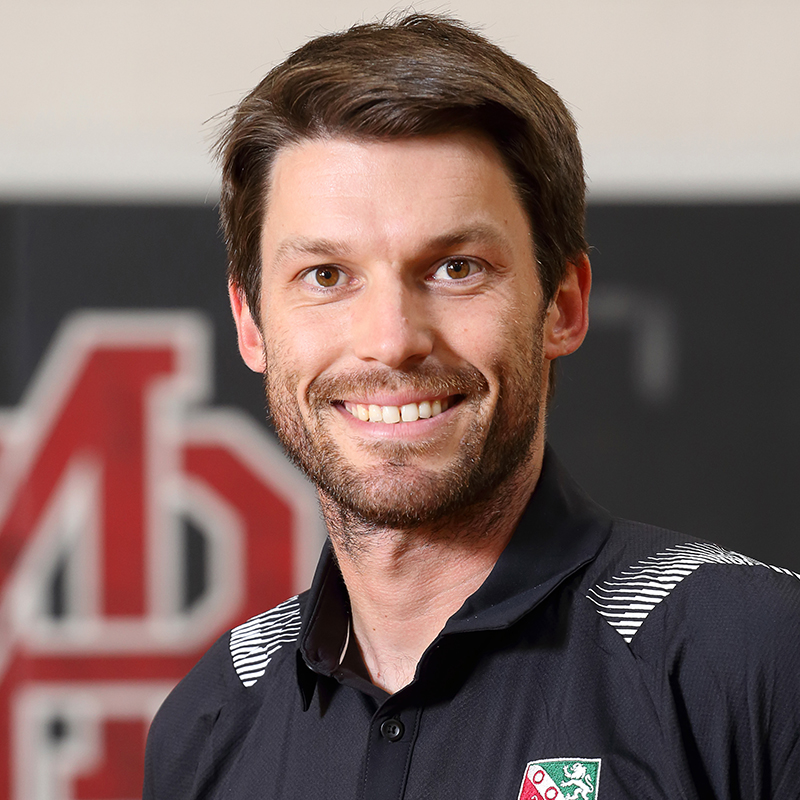 Matt Guidon is the head coach of the varsity girls soccer team and a member of the Admission department as the Assistant Director of Admission.

Guidon has been involved in coaching for nearly a decade with six years of collegiate coaching experience, Most recently, Guidon’s college coaching experience took him to the University of Scranton for two years. In his first season, Guidon helped lead the Royals back to the postseason for the first time since 2016. Scranton went 11-5-2 (6-1 Landmark Conference) during the regular season and earned the No. 2 seed in the Landmark Conference tournament before falling to No. 3 seed Elizabethtown in a 1-0 overtime loss in the semifinals.

Guidon came to Scranton from Muhlenberg College, where he served as an assistant coach for the Mules for the two seasons.

Before taking the position at Muhlenberg, Guidon coached at Lehigh University from June of 2015 through November of 2016.

While on the Mountain Hawk staff, Guidon helped Lehigh take the 2015 Patriot League championship to clinch a bid into the NCAA Tournament. Guidon, who was also responsible for opponent scouting and video analysis at Lehigh, coached five All-Patriot League student- athletes in 2015, as well as a CoSIDA Academic All-American.

Guidon began his coaching career serving as volunteer assistant coach at his alma mater, Moravian, where he assisted the women's program from 2014 through the spring of 2015. He also served on the staff for the Lehigh Valley United from the Fall of 2014 through the spring of 2015, and was the FC LVU Sonic Operations Manager in the spring of 2015, as well. While at Moravian, Guidon was a four-year member of the Greyhounds' men's soccer team, where he appeared in 55 games, while making 26 starts as a defender over his career. Guidon went on to earn his bachelor's degree in Sociology, while earning a minor in Political Science from Moravian in 2015 and is currently pursuing a master’s degree in Human Resource Management from the University of Scranton.

Originally from Cranford, NJ He and his fiancé Magen, current reside in Somerville, NJ.