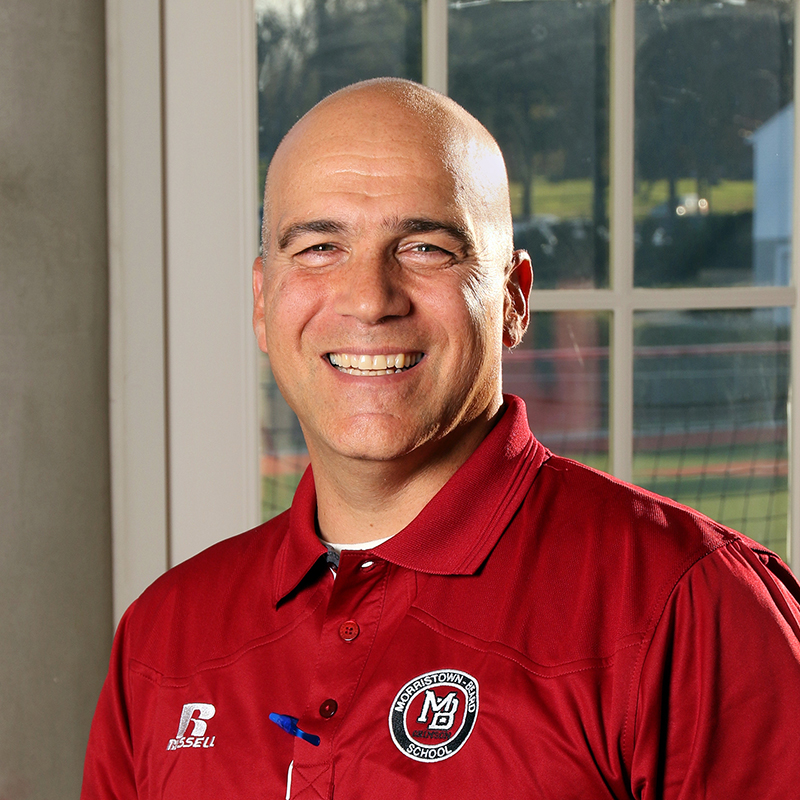 Coach Sheppard has been with Morristown-Beard School as the varsity baseball coach for over 25 years. John served as the school’s Director of Athletics for ten years (1998-2007). During that time he created an athletic handbook, created and organized “Crimson Week” preseason camp, gained the school’s membership into the state athletic association, designed the MB athletic logo, started a lecture series for parents of athletes and coordinated The Athletic Admissions Night with the admissions department.

One of John’s most rewarding achievements was to facilitate the creation of a girls’ interscholastic hockey program at MBS. Currently, John serves as a Wellness instructor and advisor. He has also served as Director of Athletics for the middle school as well as an instructor in middle school Geography and American History.

As the Director of Athletics in the Middle School, John created a preseason orientation in the fall for athletes and parents, and started a field hockey, flag football, fitness and track program. He also initiated membership into the Greater Morris County Junior School Coaches Association.

John holds a Masters degree in Counseling from Montclair State University. Prior to joining MBS he worked as a sixth grade teacher in the Orange, NJ school district. John resides in Madison with his wife, Amy, a Clinical Social Worker, and their three children Jaime, Sidney and John “Jackie.”