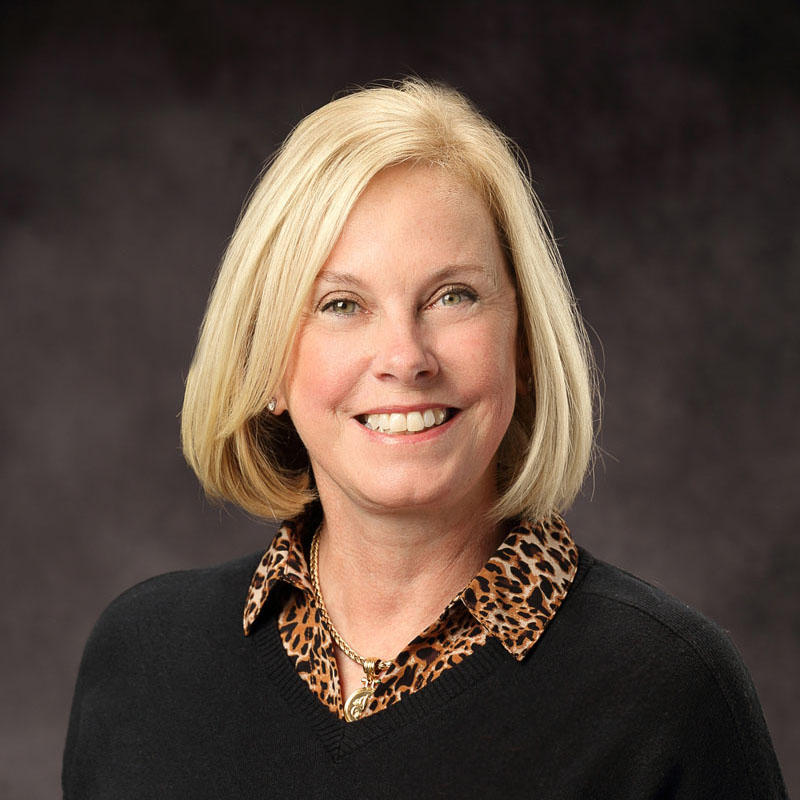 Betsy Patterson began her career as Director of Advancement at Morristown-Beard School in 2012. Having grown up in the Midwest, she attended high school in New Jersey and has lived in the state ever since. A graduate of Lafayette College, Betsy worked in sales management and marketing for Procter & Gamble for many years. She continued her education at the New York School of Interior Design and at Seton Hall University while managing her own design firm.

A parent of MBS graduates, Jack ’14 and Colin ’16, Betsy has been an active volunteer both at MBS and in the community. Prior to working at MBS, she served as a class parent, co-chair of the Annual Fund Committee, co-chair of the Parents Association Spring Gala, and a member of the Board of Trustees.

In the community, Betsy has a long history of involvement in numerous not-for-profit organizations. A member of the Junior League of Summit since 1991, Betsy served on the Board of Directors for several years, including serving as President and continues her involvement as a Sustainer. She served on the boards of the Summit Speech School, the Overlook Hospital Foundation, Summit Senior Connections, and the Summit Garden Club.

Betsy served nine years on the board of The Connection for Women and Families (formerly the YWCA) where she served as President for five years and led their capital campaign raising $6 million for the renovation and expansion of the facility. While at The Connection, she also chaired the Strategic Planning Committee and the Image Committee.

As Director of Advancement at MBS, Betsy has led a five-year, $20 million comprehensive campaign–the most ambitious and largest in the School’s history–Transforming Our Future $20 million by 2020, raising $26 million, allowing the School to transform the campus, provide increased financial aid, and enhance the student experience for every student. In addition to the campaign, The MB Fund (the School’s annual fund) has exceeded $1 million for nine years in a row under her leadership.

Outside of MBS, Betsy enjoys renovating and restoring homes and is currently restoring her sixth home, a 120 year-old farmhouse in New Vernon. She is an avid golfer, enjoys tennis and paddle, loves to garden, and cherishes the time she gets to spend with her family and friends.