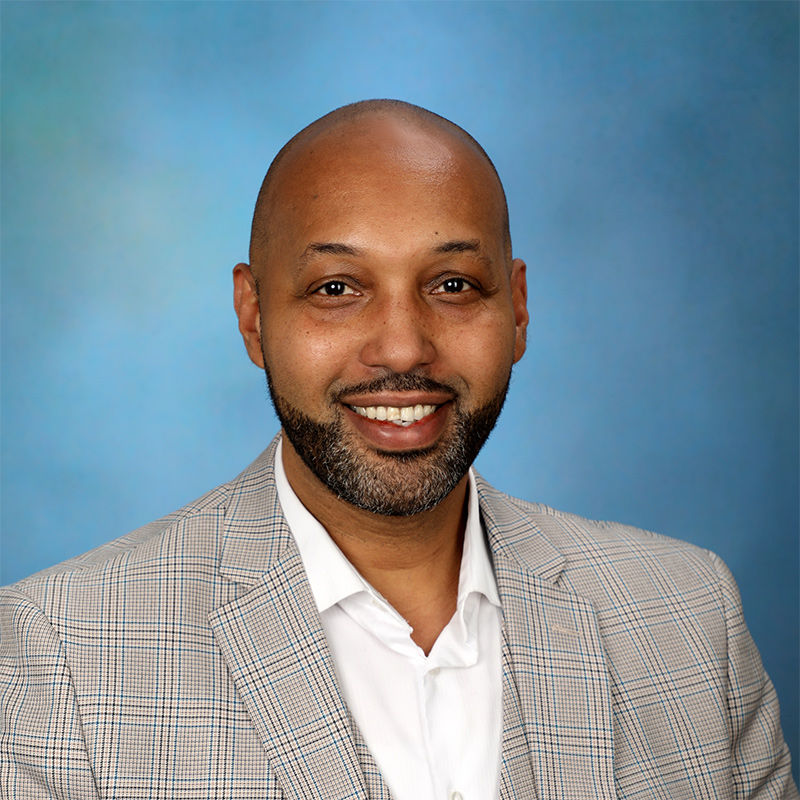 Rob Mitchell joined the Admission team at Morristown-Beard School in 2005 after a ten-year music industry career in New York City. Rob was appointed Director of Admission in 2013 and now serves as Director of Enrollment Management.

Rob grew up in the Bronx, NY, and attended the Lenox School in Manhattan for middle and high school. He matriculated to the University of Pennsylvania for his undergraduate studies. He earned a B.A. in African-American Studies at Penn and an M.A. in Education Leadership, Management and Policy at Seton Hall University.

Rob has worked with hundreds of prospective families seeking middle and high school education partners for the past sixteen years. “Admission at MBS has always been student-centered,” according to Rob. “We value the authenticity and uniqueness of each applicant.”

The scope of MBS Admission extends beyond new applicants. Ensuring that our current students and families re-enroll year after year is also a top priority for Rob and the Admission team. “Enrollment and re-enrollment success is the result of an all-school effort to deliver on the promise of our mission. Every interaction, every engagement with our students and families must reinforce the commitment to who we say we are and what we say we do.”

Rob’s contributions beyond Admission include participation in developing the past three five-year all-school strategic plans, service on the Racial Justice Task Force, and teaching independent studies in advanced music production.