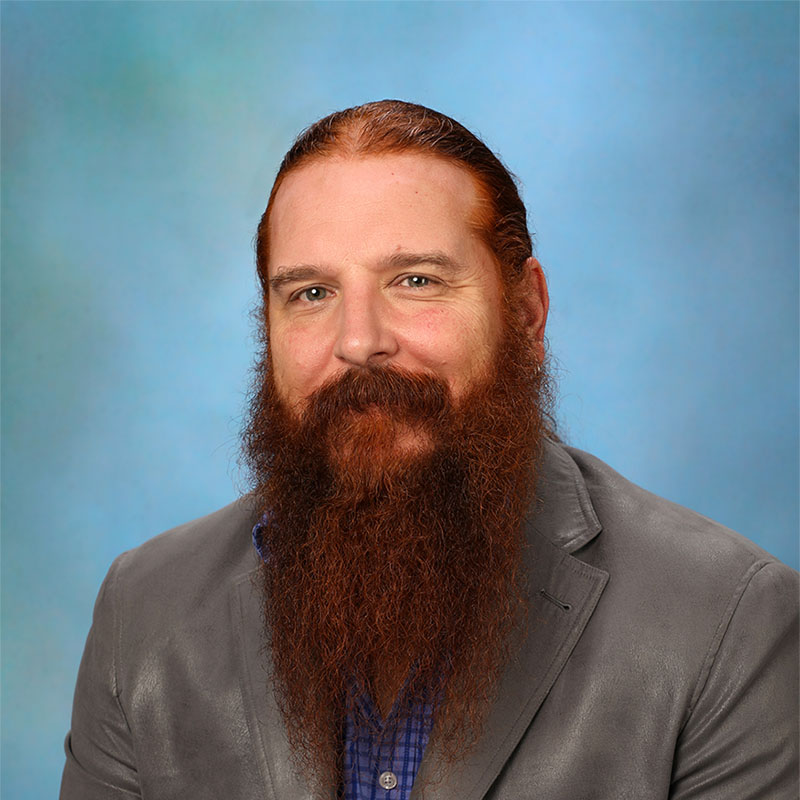 Troy Rusnack has served the Morristown-Beard School Community as a member of the World Language Department since 1998, teaching Spanish in the Upper School.

In addition to his Bachelor’s degree in Spanish from Rutgers University, Troy brings true passion and enthusiasm for deep learning in both language and culture to his classroom. He has taught first year Spanish through upper level courses, and also been an integral part of the creation of a new upper level Spanish and Latino Music and Film course.

Outside the classroom, Troy has worked as both an interpreter and a translator, and studied at the University of Salamanca in Spain. He brings these experiences, his love of the outdoors (especially hiking and camping), and his sense of adventure to MBS excursions, serving as a cultural liaison and chaperone for several Morristown-Beard educational experiences, including trips to Spain, Costa Rica, Cuba, Panama, and Columbia.

An accomplished vocalist and musician, Troy studied at the Mason Gross School of the Arts as a classically performing tenor. He has served as the opening act for numerous artists, including Billy Joel, Spin Doctors, Dave Mason, Buster Poindexter, and John Eddie, and he also had a commercial air on both MTV and VH1. Each semester, he enjoys sharing the insights gained from over 30 years of professional performing experience to help students develop stage presence, confidence, and a better understanding of the value of networking in the music business as an advisor for the Contemporary Music Workshop (a live, student-directed concert series at MBS).