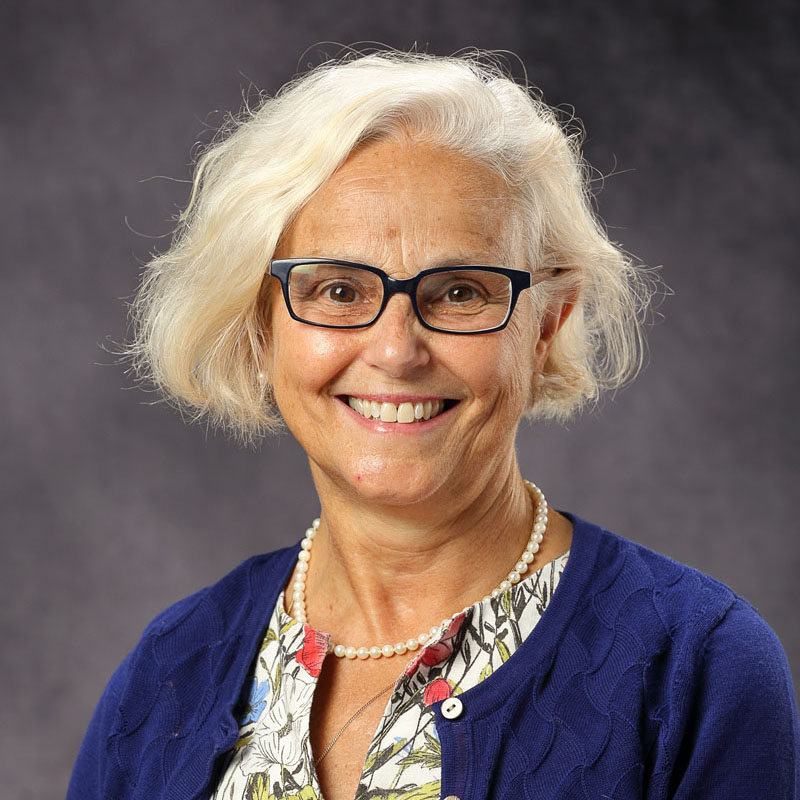 Dr. Elena Fiorica-Howells began her career as a science teacher in the Upper School at MBS in September 2005.

During her time at Morristown Beard, she has taught biology and AP Biology, and developed two popular science electives – Forensic Science and Genetics and Biotechnology. Elena also has been an advisor for the freshman and sophomore classes and served as the faculty advisor for the Italian Club. In addition, Elena led two science trips, including one to the Galapagos Islands in March 2016 and another to Alaska in June 2018.

Prior to teaching, Elena was a scientist. Inspired by a middle school science teacher who first introduced her to the wonder of the inner workings of a cell, Elena embarked on a science-based education that culminated in a Ph.D. in Pharmacy from the Faculty of Pharmacy and Pharmacology at the University of Milan, Italy, with a thesis entitled, “Pharmacokinetics of Phenformin and its Hydroxylated Metabolites in Nephropathic Patients.”

Before crossing the Atlantic Ocean for the love of science, Elena completed postdoctoral fellowships at Mario Negri Institute of Pharmacological Research, and subsequently, the Faculty of Medicine and Surgery, Department of Medicinal Chemistry and Biochemistry, both in Milan, Italy. She came to the United States to complete a postdoctoral fellowship at the Roche Institute of Molecular Biology, where research on neurotransmitter receptors became her main interest. Elena continued to pursue her work in neurotransmitter receptors as an Associate Research Scientist in the Department of Anatomy and Cell Biology at Columbia University, College of Physicians and Surgeons.

During her career as a scientist, Elena co-authored several peer review papers, presented at international scientific conferences, delivered invited lectures, led as the Principal Investigator on an NIH grant and served on NIH study sections. While she truly enjoyed working as a scientist, Elena always possessed an interest in teaching; after all, she had started her research career because of the inspiration from a science teacher. Soon enough, Elena pursued this passion, thoroughly enjoying the opportunity to help students become independent thinkers, and supporting them as they grew into young adults.

In her free time, Elena loves traveling, painting, swimming, reading, and cooking. After many years in the United States, she has yet to learn the rules of baseball… but as any good Italian, she is a big fan of soccer!