Congratulations to MBS graduate Will Taggart ’13, who was part of a songwriting duo whose song, “Open The Gates” was featured in HBO’s hit series True Blood. 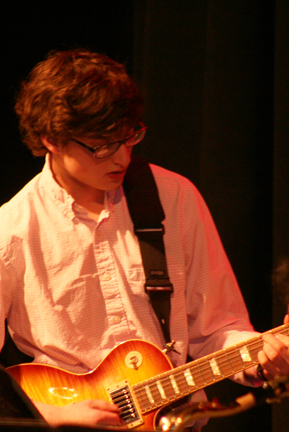 Taggart, who is now a sophomore Music Business Studies major at Syracuse University, wrote the song with his friend Derrick Schneider five years ago when they played together in the band Rapid Fire at the School of Rock in Chatham.

Taggart said that Rapid Fire’s former manager helped place the song on the hit HBO series.  The manager contacted Love Cat Music Publishing, which works with the True Blood team, and they were interested in using it for the show.

When he heard the news, Taggart said he was beyond excited.  “I was ecstatic!  A song I wrote in my basement, and it was on HBO… unbelievable for someone who uses music as a way of personal expression!”

Taggart continues to perform at Syracuse University, and recently released an EP with his band Cuz.  In the future, he hopes to be a professional musician or a manager, booking agent, or other music industry professional.